Metzker Family Estates is a small family owned winery, founded in 2014 by Mike Metzker. MFE strives to produce exceptional wines that are true to their region, varietal and terroir. We carefully select fruit from some of the most prestigious vineyards in Napa and Sonoma counties ranging from the Russian River Valley and the Sonoma Coast in Sonoma to both Spring and Howell Mountains in Napa Valley. MFE’s black label wines represent the reserve tier and come from some of the most coveted vineyards in these areas.

Metzker Family Estates’ Winemaker, John Martin, artfully crafts wines that mirror the terroir by having a hands-on approach in the vineyard, and takes it further to assist in developing the sales and marketing strategy. His contagious passion and joy for winemaking is spread throughout every facet of what MFE does. 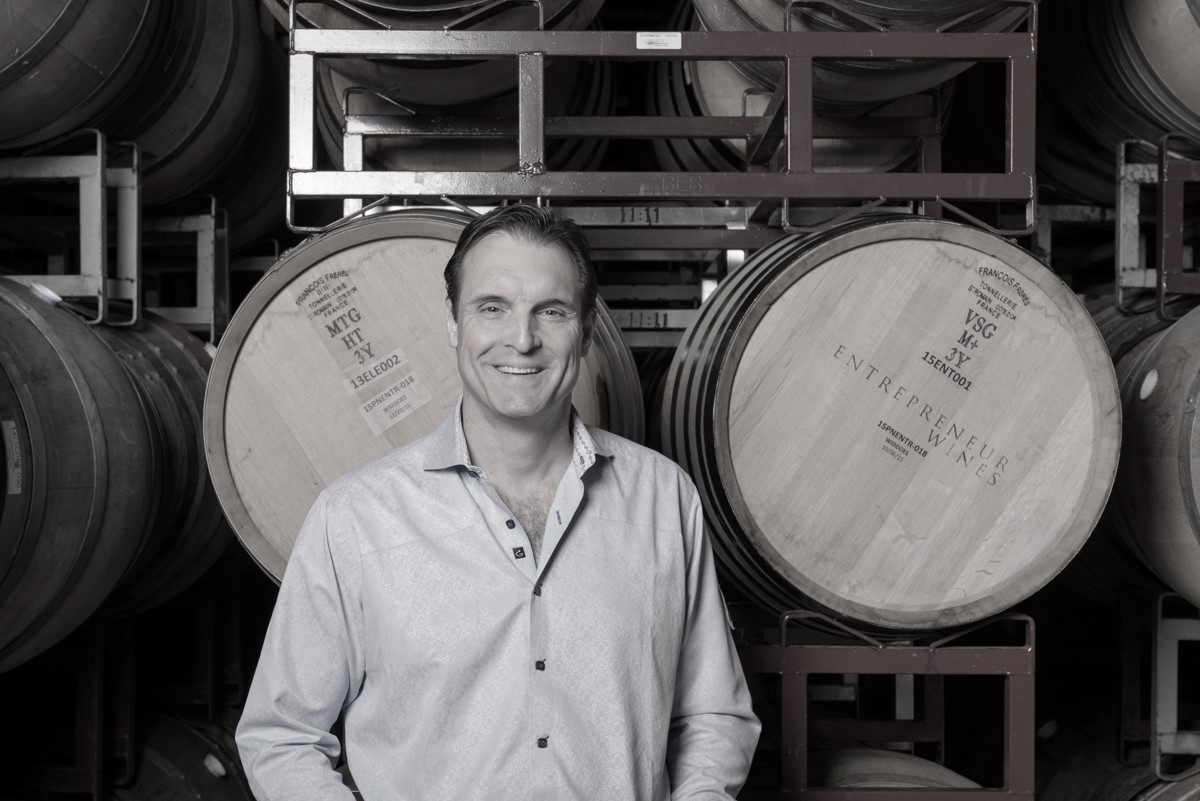 Mike Metzker grew up in Sacramento California and is a proud alumnus of the University of California, Davis, receiving a Bachelor of Science in Biochemistry and Biophysics. Mike also received his Ph.D. in Genetics from Baylor College of Medicine and still resides in Houston, Texas where he furthers his work as a genetics and genomics scientist. Mike’s ‘day job’ has brought much success in developing innovative technologies for medical resequencing of human genomes, which has and continues to unravel genetic causes of common disease and cancer. Read more

Mike has founded two biotechnology companies in Houston TX. For about 20 years, he taught first year graduate students at Baylor College of Medicine techniques to study nucleic acids as an Associate Professor. Mike’s contributions to the legal profession includes the introduction methods to analyze the transmission of viruses between people, that work appearing in episodes of Forensic Files, ABC’s 20/20, Law & Order: Special Victims Unit, and Oprah.

While studying at Davis and working at two biotechnology companies in the San Francisco Bay Area, Mike made frequent trips to Napa and Sonoma that set him on a path of discovering wine, making new friends, and maintaining a life-long love of viticulture. Genetics and the vine go hand in hand as he easily inhabits both circles. In his spare time, Mike enjoys listening to Rock N Roll and Texas country music, grilling for friends and family, working out with his wife Jill, and spending time with his dogs, Bowie and Jupiter. Mike is a proud father of six children and four stepchildren. Mike and Jill love celebrating life with those closest to them with a glass of wine. Cheers! 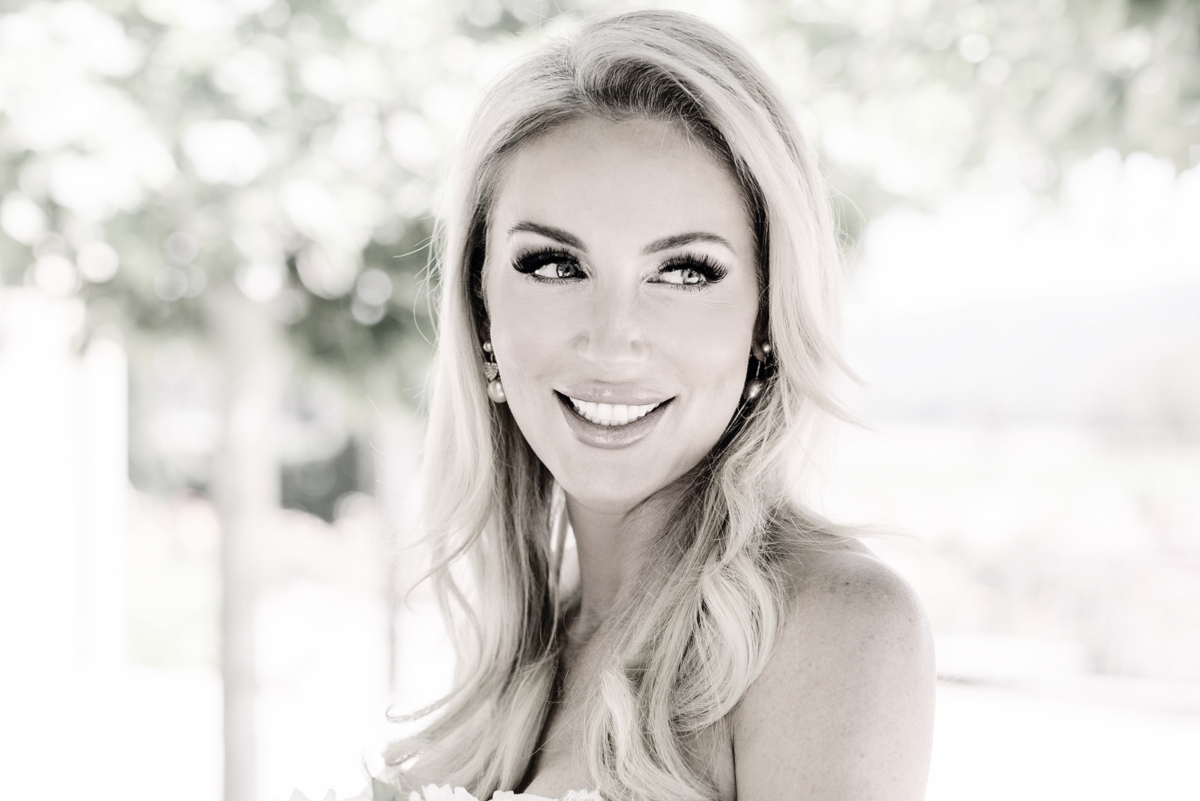 As a dyed-in-the-wool Texan, Jill Metzker was tailor-made for the wine business, growing up with hospitality, family, and great food and drink as a way of life. Her journey to joining Metzker Family Estates, however, was a winding one. It all started with moving back to her hometown of Corpus Christi, following a collegiate track injury at the University of Texas, to pursue a Bachelor of Science with a minor in marketing at Texas A&M University. Jill’s passion for people made her a natural fit at marketing, and she spent her early career in corporate America, working as a territory marketing manager and then marketing director for a medical clinic in South Texas. Read more

Living well was always a priority for Jill, with travel, fitness, and delicious food as the centerpieces of her busy life. Outside of her day job, Jill partnered with local restaurants and organizations to create spectacular farm-to-table dinners that highlighted the vibrant flavors and nutrition of organic produce — along with the perfect wine pairings, of course. It was within the camaraderie and joy of these dinners that Jill discovered her love of wine and all of its beauty, complexity, and variety. Just a few short years later, she met and married Mike Metzker, beginning a new chapter of life built on love, wine, and happy times with a glass in hand.

Today, Jill co-owns Metzker Family Estates Wines with Mike. She is also an active and loving mother to her four children and stepchildren. When she’s not leading MFE’s marketing and branding efforts, Jill takes every opportunity to celebrate life, whether it’s exploring Napa’s thriving dining scene, cheering on the Astros, or spending quality time with her husband and children. 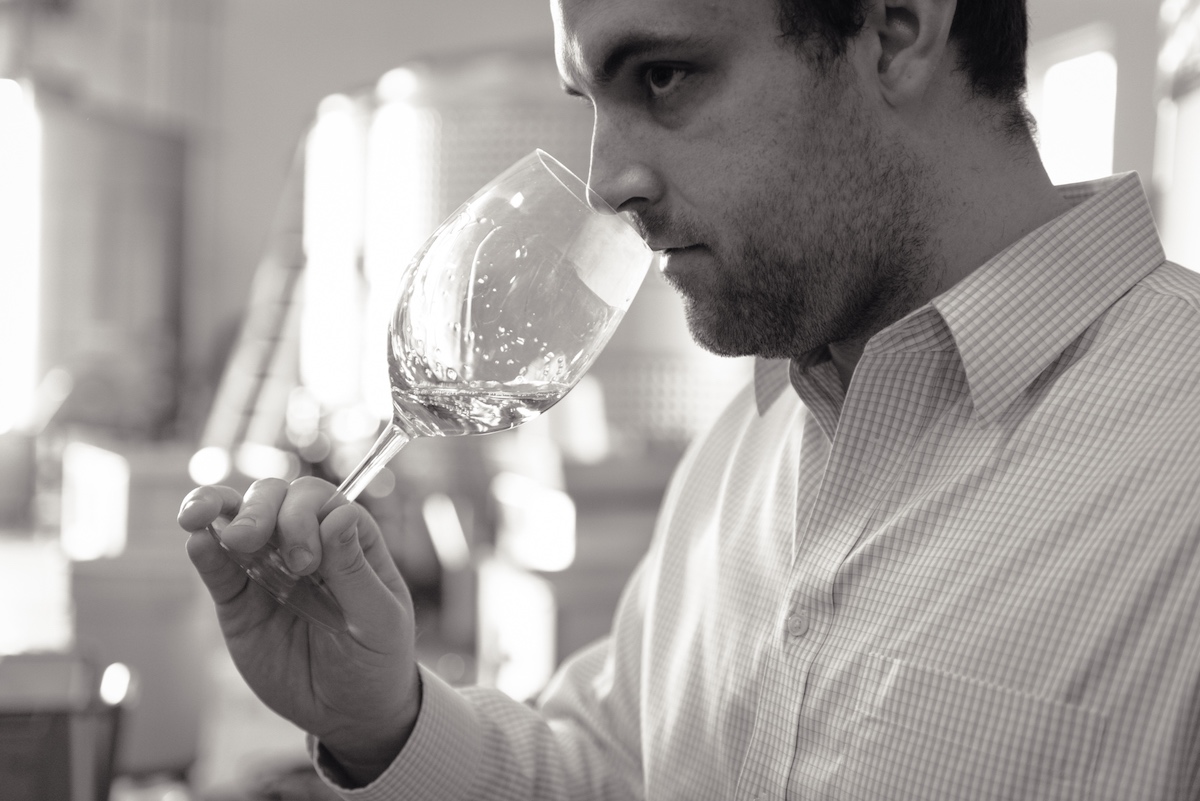 Shortly after Cameron Metzker graduated from the University of Houston, he was asked by his father, Mike, if he was interested in moving to California to help grow their family wine brand. He did not think twice about packing up and moving to sunny California. Cameron’s first hands-on introduction into the wine industry was during a harvest internship at Antinori’s California Estate, Antica, where he immediately caught the wine bug. Read more

Cameron’s earliest memories of wine include sitting down with his father and exploring the world of Sonoma Coast Pinots, both of them building on their passion and desire to create an amazing product they can call their own one day. This family passion runs deep in the day-to-day activities of Metzker Family Estates. Cameron’s focus is always on quality with a personal touch as he oversees the sales and hospitality divisions of the company. After all, relationships born of friendship and family is the very essence of the Metzker Family wine experience.

Cameron loves the community aspect that comes with opening a bottle of wine to share with friends, new and old alike. Cameron lives in Napa with his wife Adrienne and their golden retriever Beau. When he is not working on the wine brand you will find him coaching youth lacrosse in Napa, a sport he grew up playing. 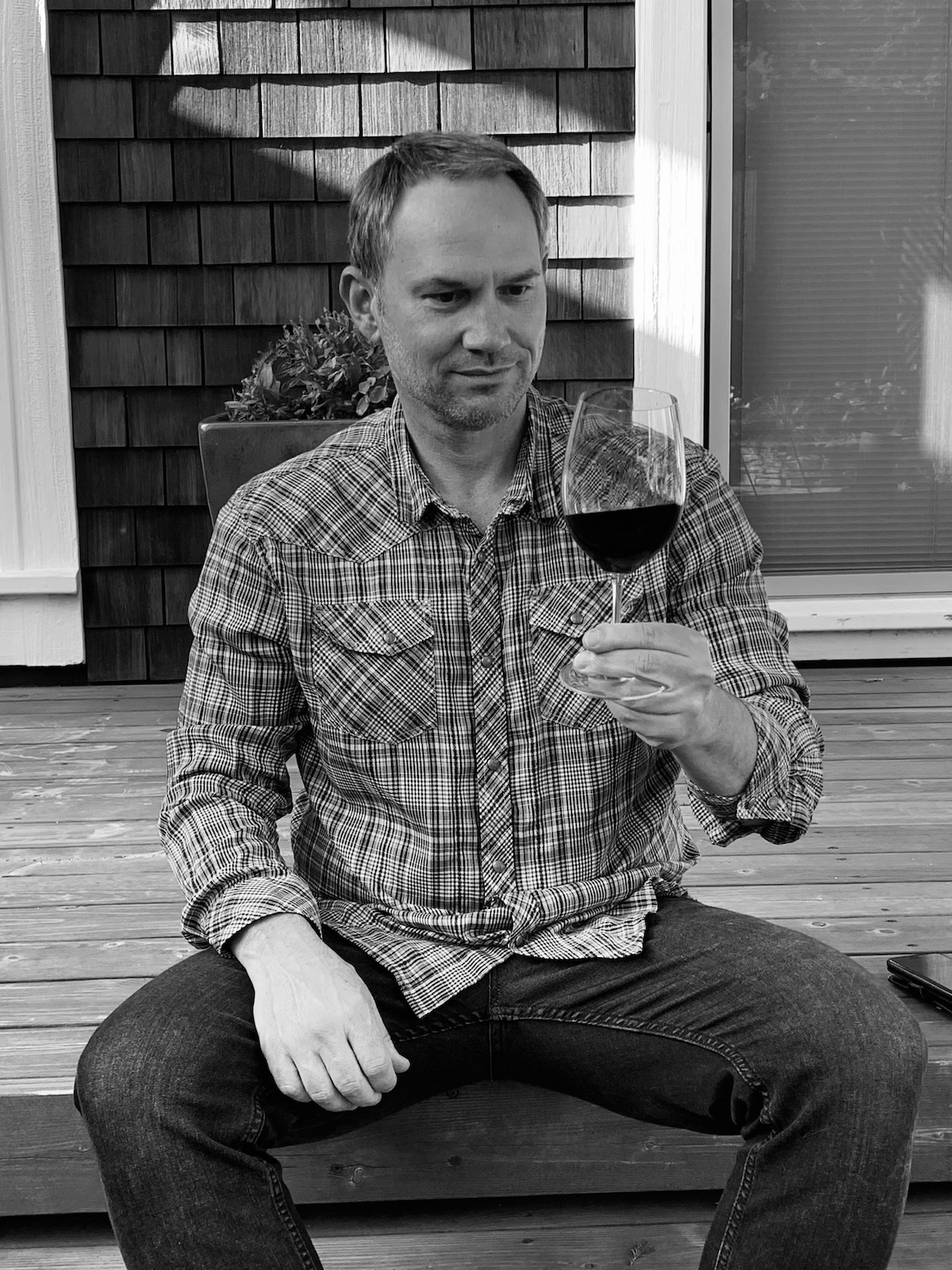 Raised in Oakland, California, John showed an early aptitude for science and math, but from a young age his real love was music, with a particularly deep appreciation of 60’s rock and jazz. As a child, he loved making field recordings of the natural environment and played tuba in the school band, while also playing football and basketball. Read more

In college, he embarked on an electronics engineering degree but then moved to Los Angeles to pursue sound engineering instead. While there, he took an unexpected detour to help establish a start-up software market research company with his family. Concurrently, he managed his girlfriend’s band – later his wife – whom he met while in Los Angeles, where they had their first wine epiphany with a bottle of 1986 Tenuta Caparzo Brunello di Montalcino and later with a bottle of 1999 Paul Hobbs Napa Valley Cabernet Sauvignon. When her career in the food and wine industry took her to Sonoma County, he was happy to move back to Northern California and land in wine country. His interest in wine became a full immersion, with stints at Paul Hobbs Winery, Dry Creek Vineyards, Gloria Ferrer, and a gravity flow custom crush facility specializing in Burgundian varietals. In between, John pursued and received a degree in Viticulture and Enology from UC Davis. Winemaking seemed like the right mix of sensory and science to keep him out of trouble.

After graduation, John landed as Enologist at Chalk Hill Estate, where he was able to work again with Consultant Winemaker, Paul Hobbs and Director of Winemaking, Lisa Bishop Forbes. Later, he jumped at an opportunity to work with veteran winemaker Mark Lyon as Associate Winemaker at Sebastiani Vineyards, crafting wines of high regard, including their famed Cherryblock Cabernet Sauvignon. Thereafter, John was asked to take his experience with Cabernet Sauvignon and Pinot noir to the picturesque winery and caves of Roth Estate, to make rich, bold wines that brought out the best expression of the vineyards and appellation.

John is excited to take his experience to Metzker Family Estates Wines: “I’m honored to join a family and team of people committed to sourcing the finest fruit that Napa Valley and Sonoma County have to offer. The Metzker’s vision for producing wines from such highly esteemed properties gives me an opportunity for winemaking at the highest level.”

When not working in wine, John is a passionate Golden State Warriors fan, who enjoys spending time with his wife, smoking meat on the Big Green Egg, noodling on the guitar, camping, hiking, and listening to vinyl through his Harbeth speakers with a glass of delicious wine in hand. 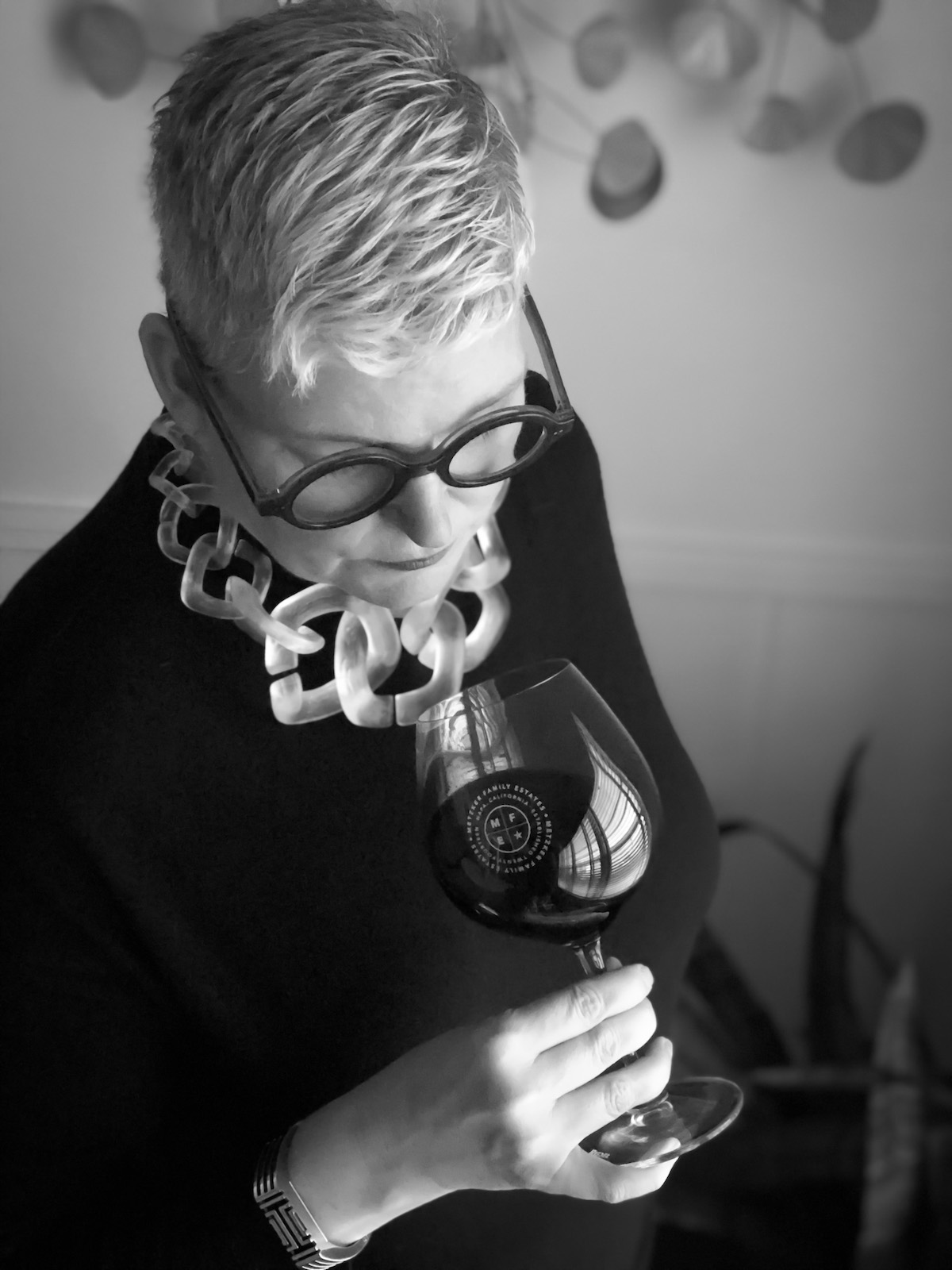 A wine veteran with over 25 years of food and wine experience, Lynda grew up in Houston, and left Texas to attend UC Berkeley and Hastings Law School. In 1989, she left her career in law to pursue the world of fine wine and has never looked back. She worked in fine dining alongside Jeremiah Tower at Stars and Alice Waters at Chez Panisse, which launched her wine career. Read more

Over the years she has enjoyed an illustrious career with top distributors and restaurants across the country. As well as being a well known wine media personality, first with the New Orleans based radio show Wine Cru, and then as a a contributor to publications such as Wine Spectator and Market Watch.

Lynda has handled national sales for B Cellars, Corison, Benton Lane, and Paul Hobbs overseeing all markets across the country as an ambassador for the wineries. Lynda currently lives in Houston, with her husband, Joe Pat Clayton, who is also a noted sommelier, and their daughter Fiona. When she is not traveling, she spends time at her home in Marfa, admiring the beauty of the landscape and reading a good book.